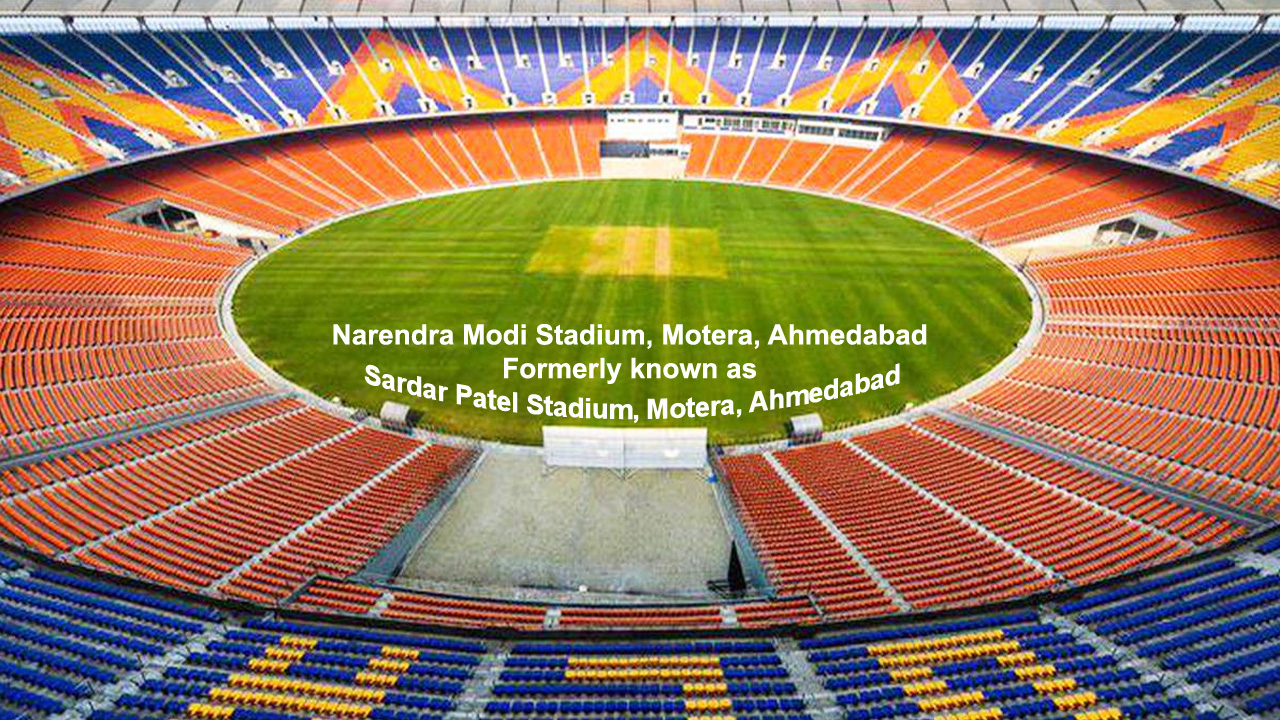 Because of its location, the stadium is commonly called 'Motera Stadium'. Sardar Patel stadium is owned by Gujarat Cricket Association and comes under the aegis of the West Zone. It is equipped with floodlights for day-and-night games and is a regular venue for Test cricket, One Day and twenty20 Internationals matches.

The new stadium Narendra Modi Stadium was built after the old Sardar Patel stadium, with a seating capacity of 53,000, was pulled down in 2015. The foundation stone had been laid in January 2017. The Motera stadium was designed by M/s Populus, the architecture firm that designed Australia’s Melbourne Cricket Ground. The stadium is built at a cost of Rs 800 crore.

The seating bowl, according to the stadium’s main architect, provides each spectator with a full unobstructed view of the field. Apart from this, the seating bowl also has 76 corporate boxes with seating capicity of 25 each, four-team dressing rooms and associated facilities, a state-of-the-art club and an Olympic-size swimming pool. Four team dressing rooms with associated facitilies, six indoor practice pitches and three outdoor practice fields are huge features of Narendra Modi Stadium.

The stadium has been witness to some memorable Indian feats - Sunil Gavaskar got to his 10,000 Test runs here, against Pakistan in 1986-87, and seven years later, Kapil Dev nailed his 432nd victim to go past Richard Hadlee as Test cricket's leading wicket-taker in 1994 and Sachin Tendulkar became first batsman to score 30,000 runs in international cricket in 2013.