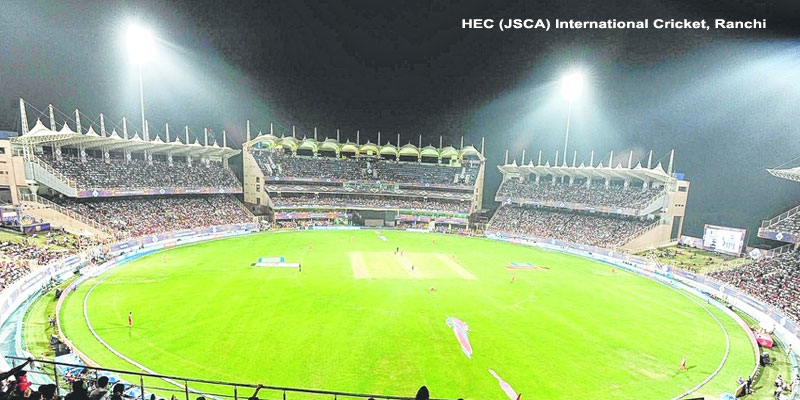 JSCA International Stadium Complex or formerly known as Jharkhand States Cricket Association International Cricket Stadium is situated in Ranchi, Jharkhand an eastern city of India. It is well planned and one of the best stadiums in India. This stadium is built within the premises of HEC (Heavy Engineering Corporation), a public sector company. The first ODI at the ground was played between India and England on January 19, 2013. Since then, two more ODIs have been played at this ground. The stadium has also hosted few IPL games.

The HEC / JSCA International Stadium was inaugurated in January 2013. The JSCA Stadium is the home ground of the Jharkhand cricket team and second home of IPL team Chennai Super Kings.