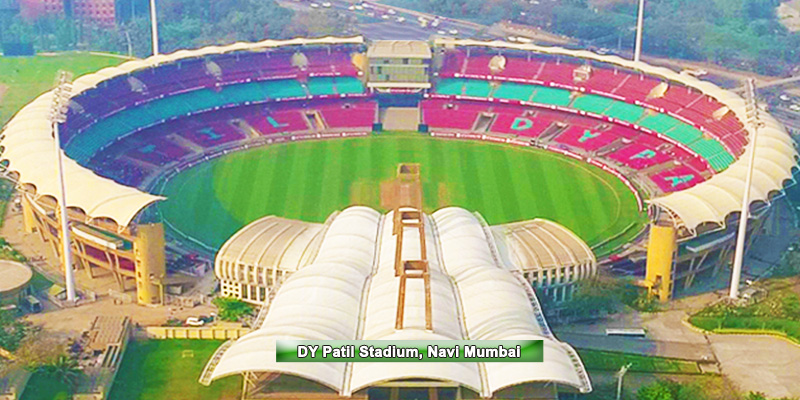 The DY Patil Stadium is owned by the DY Patil Sports Academy also known as DY Patil Sports Stadium is a cricket and football stadium at D. Y. Patil campus at Nerul in Navi Mumbai, Maharashtra, India. The Stadium was constructed by Hafeez Contractor, a leading Indian architect. DY Patil Stadium is Mumbai's third, and newest, full-fledged cricket stadium stands out for its design and its spectator-friendly seating arrangements. The capacity of 55,000 makes it the third-largest cricket ground in India after the Narendra Modi Stadium, Ahmedabad and Eden Gardens, Kolkata.

The stadium is located at a considerable distance from the heart of the city but that is also an advantage, as space is no constraint - it even has a small practice ground with 12 wickets. The stadium also has other facilities including 9 tennis hard courts, 4 indoor badminton courts, and an Olympic sized swimming pool.