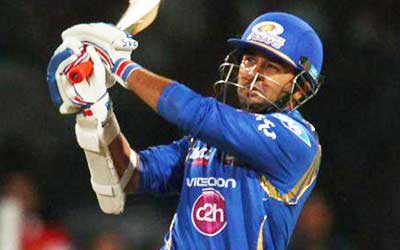 21st Match of IPLt20 2016 has been played between Kings XI Punjab and Mumbai Indians at PCA Stadium, Mohali on 25th April 2016. Putting into bat first by Punjab, Mumbai with PA Patel's 81 and AT Radu's 65 runs managed to put huge score of 189 runs in 20 overs. Punjab in reply managed to score 164 runs in 20 overs and lost the match by 25 runs. PA Patel declared man of the match for his superb inning of 81 runs.

Earlier, Kings XI Punjab won the toss and elected to field first and let Mumbai to set target. Mumbai could not mae batter start and lost skipper Rg Sharma early for no score. AT Rayudu came in middle and played superb inning with PA Patel. Both played superb cricket and added 137 runs for 2nd wicket. AT Rayudu made quick 65 runs of 37 and Patel made very well 81 runs of 58 balls before left the field. In later overs JC Buttler played quick inning of 24 balls in 13 balls and put Mumbai on good totals of 189 runs in 20 overs.

Following huge target of 190 runs, Punjab could not made batter start and lost both openers early. SE MArsh and GJ Marsh took the charge in hand and played sensible cricket in middle overs. Both played well and contributed well 45 and 55 runs before lost their wickets. Other middle and lower order batsmen could not chased the higher required run rates and Punjab managed to score 164 runs in 20 overs and lost the match by 25 runs.