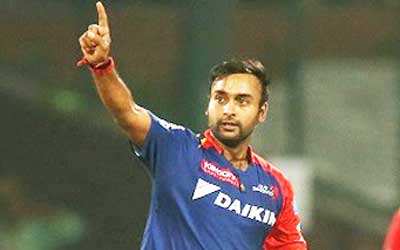 7th Match of IPLt20 2016 has been played between Delhi Daredevils vs Kings XI Punjab at Ferozeshah Kotla, Delhi on 15th April 2016.Putting into bat first by Delhi, Punjab surrender against A Mishra's turning balls and finished on 111 runs in 20 overs. A Mishra picked up 4 wickets of his 3 overs spending just 11 runs. Delhi chased successfully the small target in 13.3 overs and won the match by huge margins of 8 wickets with 39 balls remaining. A Mishra declared man of the match for his 4 for 11 in 3 overs.

Earlier, Delhi Daredevils won the toss and elected to field first. Punjab could not made batter start and lost M Vijay unfortunately run out scoring just 1 run. Other top orders bacame victims of A Mishra and top 4 batsmen were sent into pavillion by A Mishra with extra ordinery bowling performance. Punjab managed to put small totals of 111 runs in 20 overs. M Vohra was top scorer with 32 runs of 24 balls.

Player of the match - A Mishra (Delhi Daredevils)