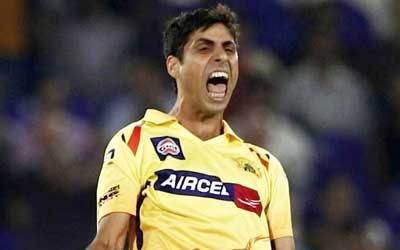 Qualifier-2 match of 2015 IPL season 8 has been played between Chennai Super Kings and Royal Challengers Bangalore at JSCA International Stadium, Ranchi. Chennai with superb bowling of Ashish Nehra with 3 wickets and MEK Hussey's splendid inning of 56 runs crushed Bangalore by 3 wickets at Ranchi and advanced to Grand Finale to play with Mumbai Indians on 24th May, 2015. A Nehra declared man of the match for his important 3 wickets.

Earlier, Chennai won the toss and put Bangalore into bat first. Bangalore could not hold the nerves well and failed to batd well even if best batting line-up they are having this year. RCB managed to put small totals of 139 runs in 20 overs. CH Gayle made 41 runs for Bangalore.

Following small totals of 140 runs, Chennai bated well and successfully chased the given target in 19.5 overs and advanced to IPL season 8 final as well. MEK Hussey made useful 56 runs for Chennai but, A Nehra declared man of the match for his superb bowling with important 3 wickets.