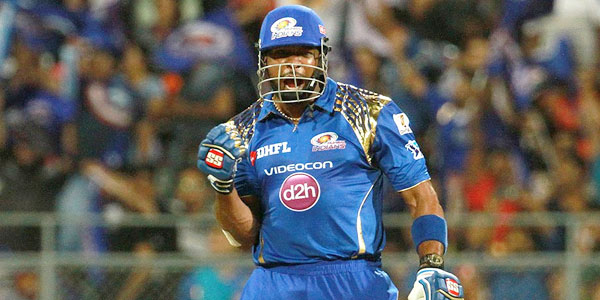 Qualifier-1 match of 2015 IPL season 8 has been played between Chennai Super Kings and Mumbai Indians at Wankhede Stadium, Mumbai. Opting to bat first Mumbai put huge score of 187 runs in 20 overs. LMP Simmons made 65 runs and KA Pollard contributed quick 41 of just 17 balls for Mumbai. Chenai in reply managed to score 162 runs in 19 overs and lost the match by huge margins of 25 runs. KA Pollard declared man of the match for his firing 41 of 17 balls.

Chennai in reply put all efforts to reach Mumbai target but all out in 19th over scoring 162 runs and lost the match by 25 runs. F du Plessis played goor inning of 45 runs for Chennai. Mumbai advenced to final and Chennai will have to played with winner of Eliminator for filan spot of IPL season 8.