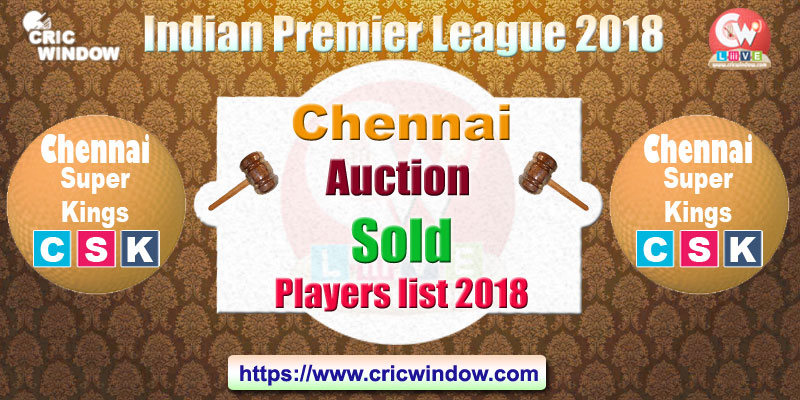 Though, IPL franchises allowed to retain a maximum of five of their existing players through a combination of player retention before the 2018 auction and the use of right-to-match cards during the auction. Making come back after two years suspension in IPL, so far CSK has Released 22 Players before auction from IPL 2018. Thirteen Indian players and Nine overseas players have been released by Chennai. Big Names : R Ashwin, BB McCullum (NZ), DJ Bravo (WI), Faf du Plessis (SA) S Badree (WI) and Andru Tye (Aus) has been released and will go under the hammer in IPL 2018 Auction.