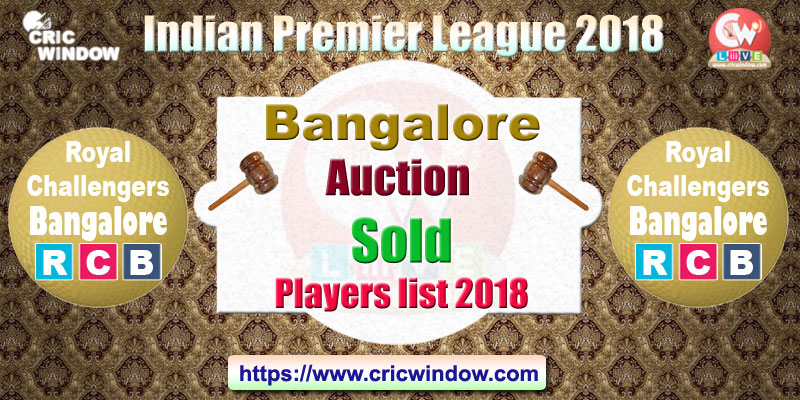 Though, IPL franchises allowed to retain a maximum of five of their existing players through a combination of player retention before the 2018 auction and the use of right-to-match cards during the auction. RCB has Released 21 Players before auction from IPL 2018. Thirteen Indian players and Eight overseas players have been released by Bangalore. Big Names : CH Gayle, SR Watson, KL Rahul, YS Chahal and Kedar Jadhav also been released and will go under the hammer in IPL 2018 Auction.