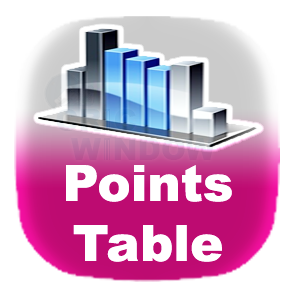 IPL 2017 Points Table stands with IPL10 teams ranking and team standings after every IPL match they played. We are keen to provide you IPL2017 Points chart with updated IPL teams position with number of matchs played, won, loss, net run rate and points. In Indian Premier League 2017 total 8 teams will be participate and played minimum of 14 matches in group stage to qualify for ipl 10 playoffs. Each team will play 7 matches at their home vanue and other 7 matches at other teams home venues. Total 56 T20 matches will be played in group stage to qualify for 10th season of IPL playoffs matches. The top four teams in the ipl 10 points table after group stage matches will play playoffs to get ticket for IPL2017 final encounter. Winner of Final match will have IPL title and awarded by IPL2017 Season 10 Trophy.

Winner will get 2 Points

Looser will get 0 Points

If No Result, 1 Point for each teams

If Tie, Both teams will play Super Over and winner will get 2 points

Cricwindow.com will helps all IPL 2017 fans to get latest updated information of 10th ipl season points table and team positions with number of matches played, matches lose, net run rate and points which provide perfect scenerio about which IPL teams are qualify for the next round or stage of IPL 2017. Keep visiting our site www.cricwindow.com for updated VIVO IPL 2017 points table during IPL season 10. 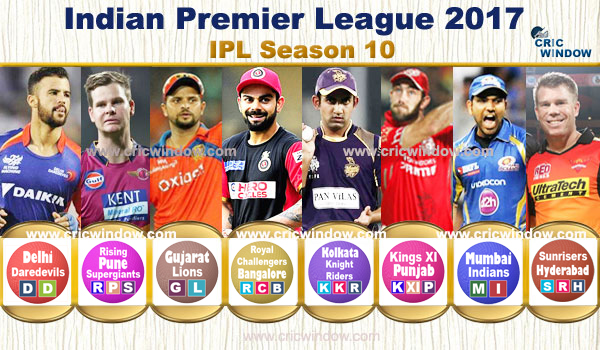