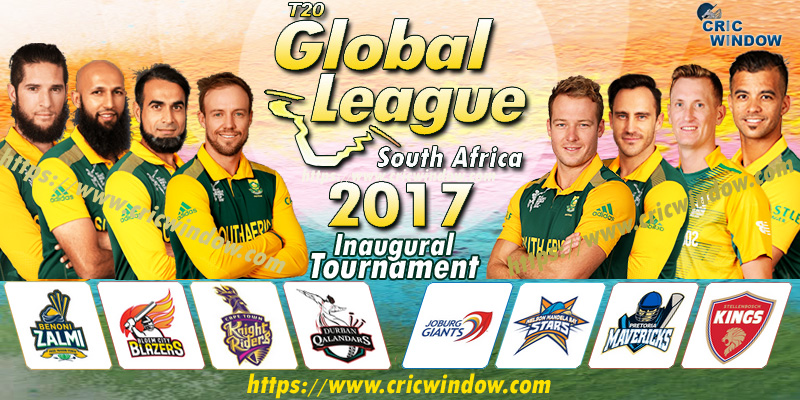 South Africa Cricket board has announced the name of South African T20 league to debut in the last quarter of 2017. In the inaugural season of T20 Global League, eight teams will participate consisting of local and international players. The tournament will be played in the local cities and stadiums in South Africa during November-December 2017.

"It is our duty as Cricket South Africa to safeguard the future of the game. By backing a high-value tournament like the new T20 Global League, and investing in synergistic partnerships with key stakeholders, the T20 Global League is perfectly positioned to become an internationally successful sporting event," says CSA President, Chris Nenzani.

"Fans can look forward to epic game experiences, complimented by action-packed stadiums, big entertainment, top class broadcasters and accessible ticket prices. We can firmly say that the era of ‘sportainment’ has dawned upon us. It’s now South Africa’s time to capitalise while reigniting and celebrating our love for the game," said CSA Chief Executive, Haroon Lorgat.

Schedule for inaugural season of T20 Global League (South Africa) has been announced. 1st match of T20GL will be played between Cape Town Knight Riders and Pretoria Mavericks at Newlands, Cape Town on 3rd November,2017.