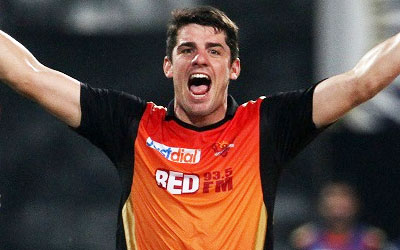 IPL 2016 Playoffs round Eliminator Match will be played between Sunrisers Hyderabad vs Kolkata Knight Riders at Feroze Shah Kotla Stadium, Delhi on 25th May 2016. Opting to field first, Kolkata with Kuldeep Yadav's 3 wkts managed to restrict Hyderabad on 162 runs. Yuvraj Singh played good inning of 44 runs for Hyderabad. Kolkata needs 163 runs to win in 20 overs.. Kolkata in reply managed to score 140 runs in 20 overs and lost the match by 22 runs. MC Henriques declared man of the match for his all round performance with 31 runs and pickerd up 2 wickets. Hyderabad will play Qualifier 2 with Gujarat Lions on 27th May 2016 to get ticket for Final of IPL 2016.