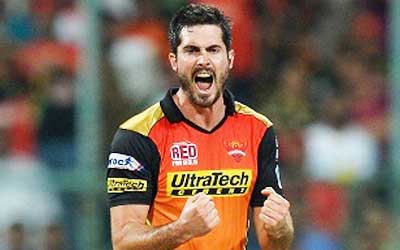 Final Match of Playoffs round will be played between Royal Challengers Bangalore and Sunrisers Hyderabad at M Chinnaswamy Stadium, Bangalore on 29th May 2016. Optong to bat first, Hyderabad put huge score of 208 runs with DA Warner's 69 and BJ Cutting's quick 39 of 15 balls. Bangalore in reply managed to score 200 runs in 20 overs and lost the match by 8 runs. SRH won the IPL 2016 title. BCJ Cutting was man of the match for his 2 wkts and 39 runs..