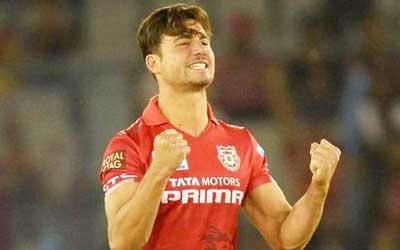 43rd Match of IPLt20 2016 has been played between Mumbai Indians and Kings XI Punjab at ACA-VDCA Stadium, Visakhapatnam on 13th May 2016. Opting into bat first, Mumbai batsmen flop once again and surrender against Punjab pace attack with putting just 124 runs in 20 pvers. MP Stoinis picked up 4 wickets spending just 15 runs in his 4 overs for Punjab. Punjab chased easily the small traget in 17 overs and won by huge margins of 7 wkts. MP Stoinis declared man of the match for his superb bowling with 4 for 15 in 4 overs.

Earlier, Mumbai Indians won the toss and elected to bat. Mumbai most batsmen faild to stood in middle for long and continued to lost their wickets in regular interwals. Only N Rana 25 and KA Pollard played good inning of 27 runs for Mumbai and managed to put small totals of 124 runs in 20 overs.