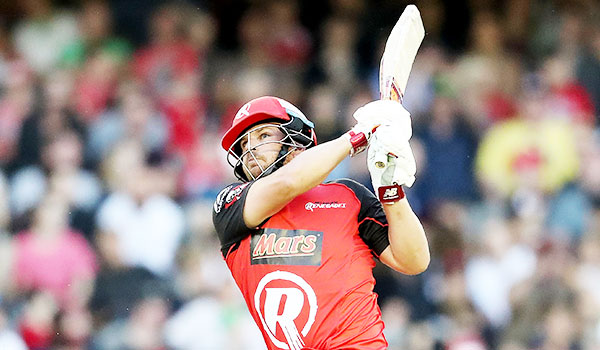 30th match of Big Bash has been plaed between Brisbane Heat and Melbourne Renegades at Gabba today. Super exciting last ball finished match has been ended in favor of Renegades as they won by just 1 run with 1 ball remaining. Brisbane needed 18 runs to win in last over but lost 3 wickets in last over and all out scoring 198 runs in 19.5 overs and lost the match by just 1 run. AJ Finch declared man of the match for his quick 71 runs of 35 balls.

Earlier putting into bat first by Brisbane, Renegades managed to put huge total of 199 runs in 20 overs. Skipper AJ Finch played well and contributed quick 71 runs of 35 balls. Brisbane Heat in reply got firing start with skipper BB McCullum who made 64 of 40 balls. Other middle orders also contributed well but, in last overs lower orders could not handle the pressure well and lost the match just by 1 run with 1 ball remaining.