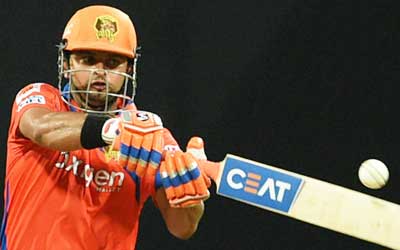 54th Match of IPLt20 2016 will be played between Rajkot based Gujarat Lions and Mumbai Indians at Green Park Stadium, Kanpur on 21st May 2016. Putting into bat first by Gujarat, Mumbai with Nitish Rana's superb quick batting with 70 of 36 balls managed to put 172 runs for Gujarat to get in 20 overs. RG Sharma 30 and JC Buttler 33 were other top scorer for Mumbai Indians. Gujarat Lins chased given target in 17.5 overs and won the match by 6 wickets. SK Raina played good inning of 58 runs for Gujarat and he declared man of the match.

Gujarat Lions with hughest 18 points in points tally and qualify for playoff as well.