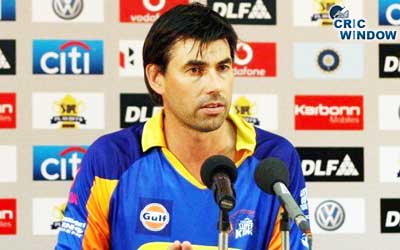 Former New Zealand skipper and suspended IPL Chennai Super Kings coach, Stephen Fleming has been appointed as coach of the new Pune-bases vivo IPL franchise for the next two seasons.

Earlier, Pune bases franchise has already picked five players in the IPL draft. The players picked by the franchise are MS Dhoni, R Ashwin, Faf du Plessis, Ajinkya Rahane and Steve Smith. Three of them : MS Dhoni, R Ashwin and F du Plessis were in Chennai in previous seasons while AM Rahane and SPD Smith played for Rajasthan. Fleming will team up with MS Dhoni and other players for next two seasons of IPL.

"I warmly welcome Stephen Fleming as the chief coach," Sanjiv Goenka, chairman of RP-Sanjiv Goenka Group said in a statement.

"He has been remarkably successful as a player in the international arena and I firmly believe that his technical knowhow, perseverance and organisation skills will work wonders for our team. I have tremendous faith in his leadership ability and believe that it would have a positive impact on our team members," Goenka said.