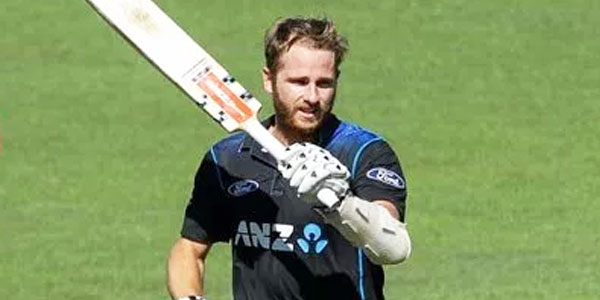 2nd match of ICC Champions Trophy 2017 has been played between Australia and New Zealand of Group A on Friday, June 02, 2017 at Edgbaston, Birmingham. Opting to bat first, New Zealand put good total of 291 runs with KS Willimson's 100 ton. Match cut to 46 overs per side due to rain. Further rain continued in 2nd inning and Australia given 235 runs target to get in 33 overs. Once again rain stopped the match and match abandoned when Australia were 53/3 in 9 overs. Both teams awarded 1-1 points each.

Earlier, New Zealand won the toss and elected to bat first. MJ Guptill and L Ronchi open inning for New Zealand. MJ Guptill played well but got out scoring 26 runs in 6th over. Skipper KS Willimson joined with Ronchi and played excellent cricket initially. Both added 77 runs for 2nd wicket bwfore Ronchi lost his wicket scoring well 65 runs of 43 balls. Ross Taylor came in middle and took the charge in hand with skipper for New Zealand. Both played sensible cricket in middle overs and added 99 runs for 3rd wickets bwfore LRPL Ross got out scoring 46 runs. KS Willimson played useful cricket for New Zealand and smashed maided ODI ton against Australia as well. Unfortunately he got run out on 100 runs and then after Kiwi's inning collepsed rudely and could not took the advantage of last few overs. Tail enders contunued to lost wickets in regular interwals and all out in 45 overs having score 291 runs.

As match cut to 46 overs per side, Australia needed 292 runs to win in 46 overs. Rain once again interupted the match and Australia given 235 runs target to get in 33 overs. Wather was not in favor of cricket and rain started once again when Australia were 53/3 in 9 overs and match forced to stopped due to not playing condition at Birmingham. At last match has been abandoned and both teams given 1-1- points each.