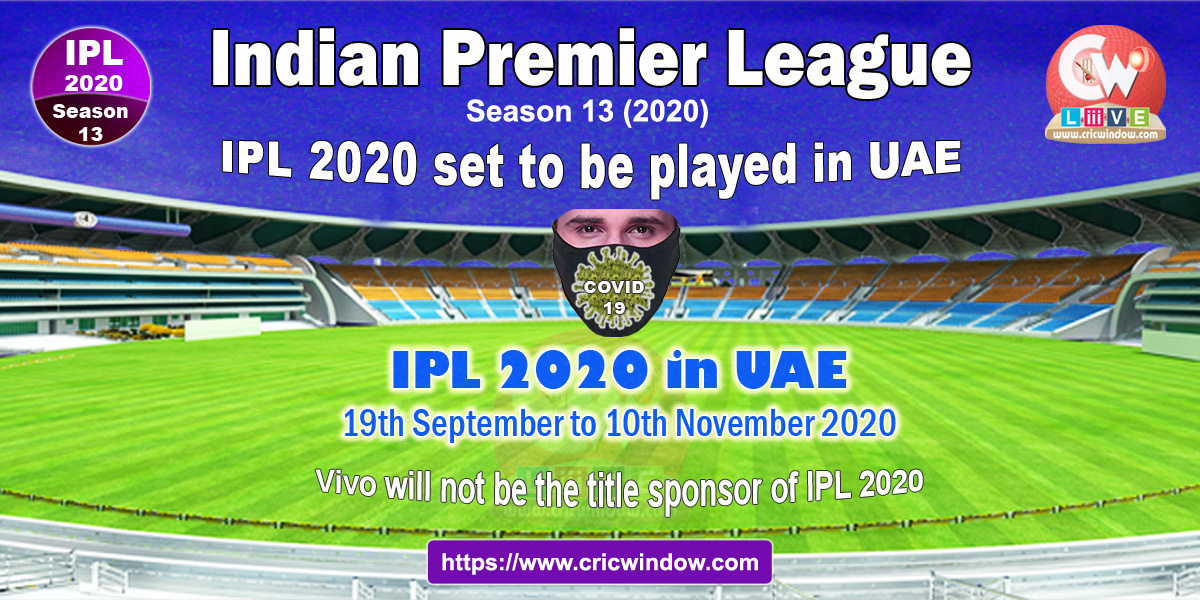 After very long gap, IPL Governing Council met via video conferance and declare that, due to COVID-19 situation 2020 IPL edition will take place in the United Arab Emirates (UAE) during 19th September to 10th November 2020. The matches will be played in Dubai, Sharjah and Abu Dhabi subject to necessary clearances from the Government of India. The Emirates board agreed to fill the stadiums to 30-50% capacity. The tournament will have 53 days period and witness 10 afternoon matches starting at 15:30 IST while evening matches will start at 19:30 IST.

As per the Indian Government protocol, every squad will undergo a mandatory 7-day quarantine in the team hotel. During this week every squad member will be tested thrice - on days 1, 3 and 6. Once all those results come back negative, the squad can start training for IPL 2020 tournament. After that, all squad members will be tested on the fifth day of every week throughout the tournament.

Moreover, the BCCI has confirmed that, Vivo will not be the title sponsor of IPL 2020, following clashes at the India-China border in June. IPL governing council decided to set a 24-player limit for each frenchise.

IPL 2020 revised schedule hasn't been announced yet. But IPL Governing Council will declare IPL 13 match list very soon after clearing all necessory formalities with Indian Goverment, BCCI, IPL Frenchises, UAE Board and all countries board those players participating in IPL 2020 edition..