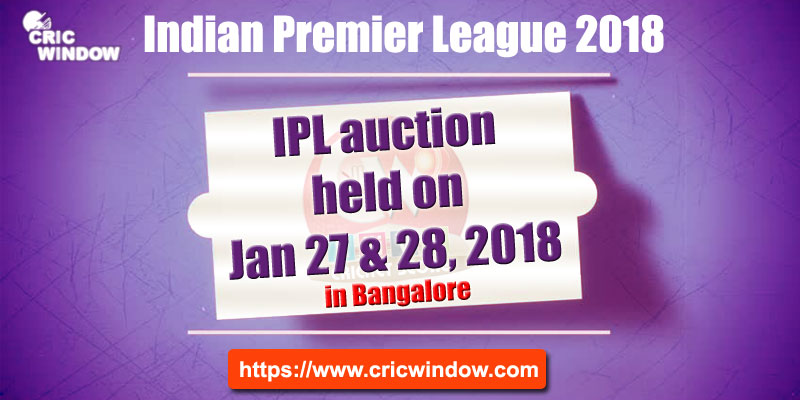 The 2018 IPL auction will be held on January 27 and 28, in Bangalore when team India is scheduled to play the final Test of the South Africa tour from January 24-28 in Johannesburg.

All eight IPL franchises asked to submit their final list of retained players by January 4. Franchises have been allowed retain a maximum of five of their existing players through a combination of player retention before the auction and the use of right-to-match cards during the auction. The IPL is likely to finalise the pool of players who will be up for auction around January 18.

The IPL also set a salary cap of INR 80 crore (US$12.4 million approx) for every team, and made it clear that franchises will need to spend a minimum 75% of the purse.

The two franchises Chennai Super Kings and Rajasthan Royals, returning from a two-year suspension, will be able to retain players from among those who were in their squads in 2015, and from the list of their players who represented Rising Pune Super Giant and Gujarat Lions in 2017.