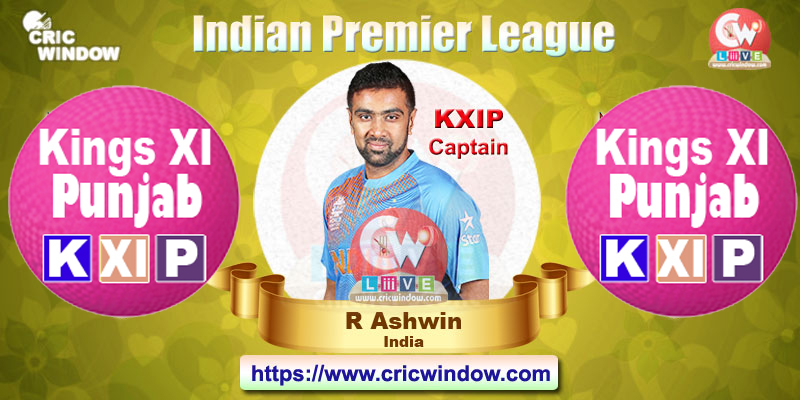 Indian offspin bowler, R Ashwin announced as captain of Kings XI Punjab for IPL season 11. KXIP has signed him for 7.6 crore INR at the player auction of IPL2018. 31 years Ravichandran Ashwin played for Chennai fron 2009 to 2015 and also played for Rising Pune in 2016 IPL season as well. He sat out the entire 2017 season with sports hernia.

Ashwin has never captained in the IPL before, and therefore an opportunity for him to show his leadership skills. He frequently led his state Tamil Nadu in various domestic competitions. Ashwin is known to be an innovative captain in domestic cricket, frequently setting unorthodox fields and making imaginative tactical decisions.